Hard work refines talent. ​The more you work the better you get.

From being an orphan in his homeland to being one of America’s best barbers, MC barber has been through so much to get to where he is today. MC Barber grew up with a tough childhood, fled his homeland, moved to america and faced many ups and downs, to finally fulfill his dream of becoming a barber and live the American Dream.

On May 28th 1975, Merhan, the son of Emro and Idajeta, was born into the Cecunjanin Family. At the age of only 10 months his parents divorced which lead them to leave him behind with his grandparents. His grandfather cared for Merhan and his older brother, Mersim, with a great passion one can only have for his grandchild. Unfortunately he lost his grandfather at the age of seven, leaving Merhan and Mersim with their uncles.

Growing up he lived in a two bedroom house with 12 family members. Transportation was a problem so instead of driving to school Merhan would have to walk about 3 miles going and coming back from school daily. Winter time would be very difficult due to the weather and snow. At the time the roads would not be plowed and the snow would be at waist level which would cause Merhan’s pants to freeze by the time he would arrive at the school. Forty minutes of his day would be spent sitting and defrosting himself near a heater.

During the late teenage years of Merhan’s life, war broke out in Yugoslavia. This lead to many male citizens of Montenegro to be drafted into war. Merhan did not want to have any part of it, so he decided to flee the country. He landed in a refugee camp in Sweden where he lived for one year.

In late 1993, Merhan came to the United States of America. Living in America was not easy for Merhan. Not being able to speak or understand english made things even more difficult for him. There were times where he was completely homeless. He had no where to sleep, leaving him only two options, his car or his uncles restaurant on the booths. This may have been hard for him but it only made him more eager to succeed in life. He worked as a waiter in his uncles restaurant but always felt like this was something he didn’t want to do and that there was something out there better for him.

In 2000 he met the love of his life Edvina Kajic, and soon after they got married. That’s when Merhan knew he had to change his life around and become more successful to not only to take care of him but as well as his new wife. He finally decide he wanted to go back to barbering as this was something he was passionate about since a young age.

He decided to go into cosmetology as well as work full time in his uncles restaurant. Between school and work he would spend 80 hours of his weeks working hard to better his life. After completing school he was fortunate enough to be an assistant to a Paul Mitchell international educator, Anthony Quatropan. Also Merhan was fortunate enough to work and be taught by the US Champion’s in mens hair styling from the 70’s Tito Tata and Peter Labela. As well as the world champion in 1984 and current coach for US international Mens Hairstyling team, Andrea Turisi. In 2003 he successfully opened up his first Barber shop “MC Barber” which lead him to become a very successful barber. In the early 2000’s Mc was blessed with 3 kids Adelisa, Hamza, and Ismael.In 2012 MC started competing in barbering competitions.

Winning his first 1st place in the New England Barbers Association. Since 2012 MC has won around a dozen competitions, winning 1st place in the CT Barber Expo two years in a row (2015-2016). Currently MC is being trained my Andrea Turisi for the world competition in 2017 located in Paris, France. The early stages of MC’s life made him into what he is today. Hard Working, Passionate, and a family loving person. 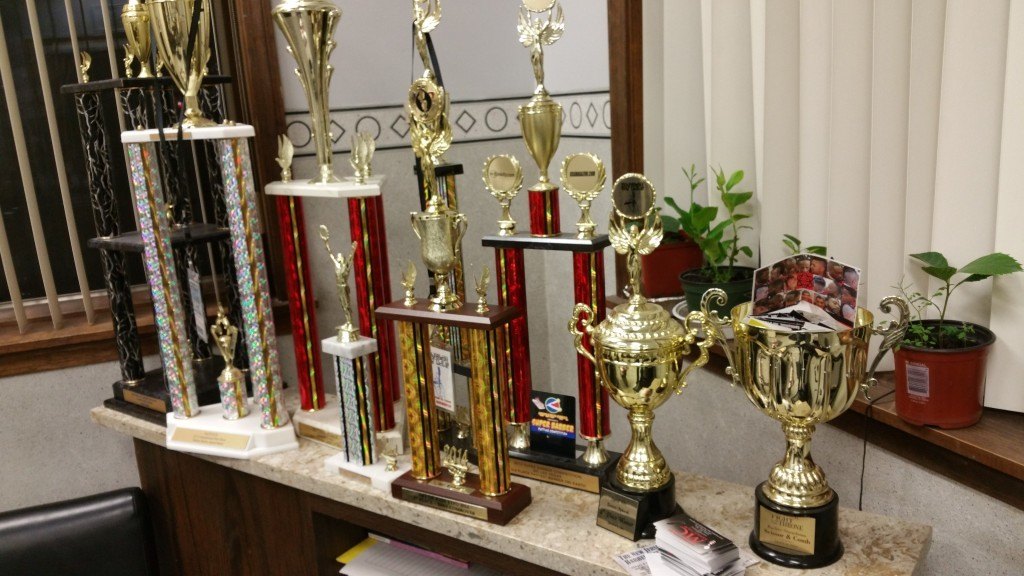 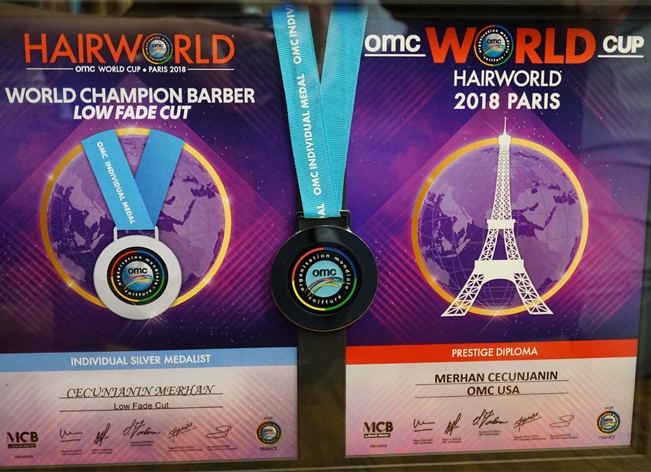 1st Place for traditional haircut in New England’s Barber Association.
1st Place in Connecticut barber showdown competition with scissors and comb.
2nd Place for the fastest Mohawk sponsored by Andis Clipper competition in the New York City Barber Battle, which was later made into a movie. 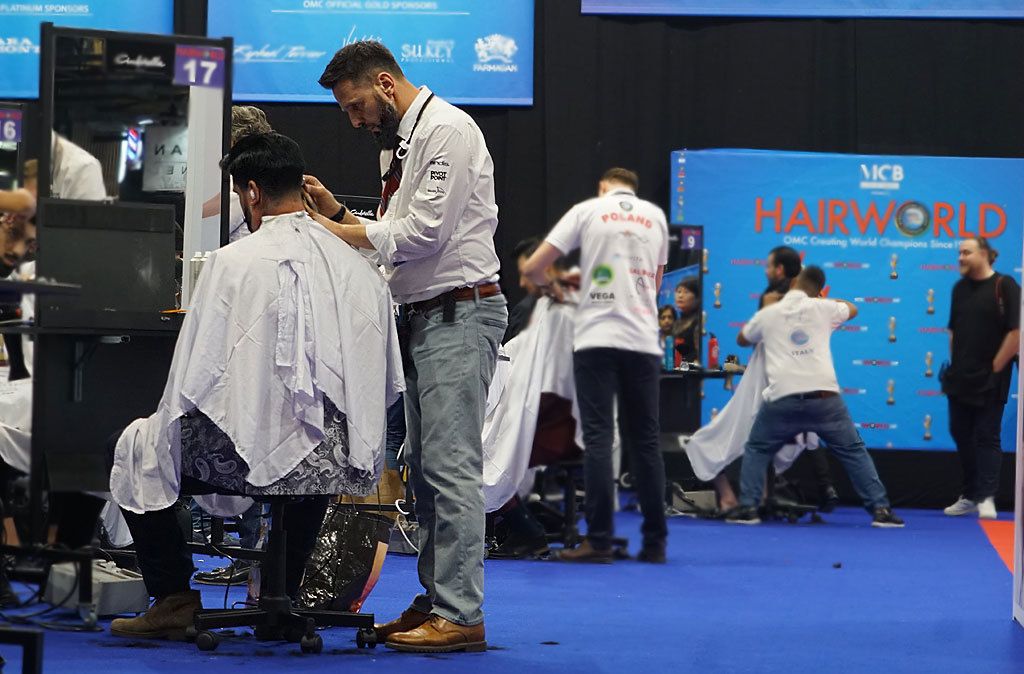 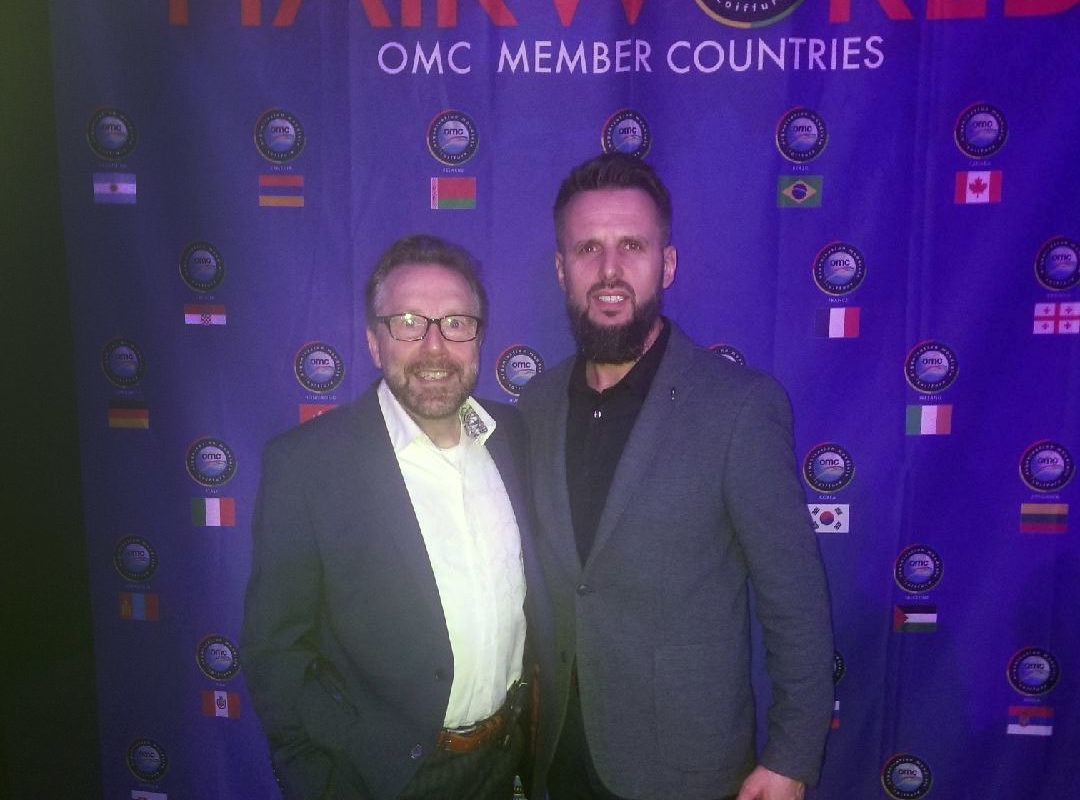 2nd Place for a special fade which was once again the biggest barber competition in the United States, held in Connecticut.
2nd Place for best comb over at the Art of Hair Expo in Massachusetts.
2nd Place in Manhattan’s speed battle, Cutting for a Cure. 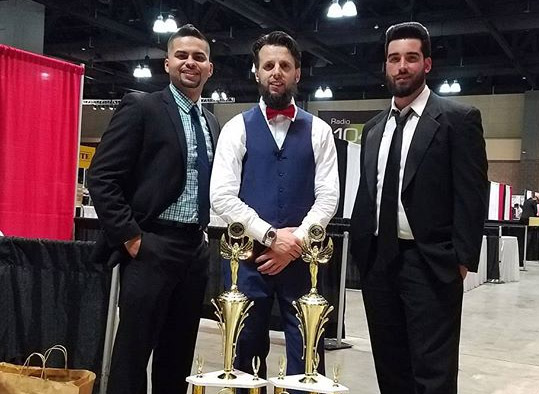 Subscribe to our channel today to get the latest hair cut trends and tutorials.

Gain confidence, ability and skill with our workshops & shadowing opportunities!

GET A CUT AT OUR STUDIO

No products in the cart.